The North Florida Research & Education Center - Suwannee Valley (NFREC-SV) is part of the the North Florida Research & Education Centers encompassing NFREC-Quincy and NFREC-Marianna. NFREC is a Unit of the University of Florida’s Institute of Food and Agricultural Sciences (UF/IFAS). NFREC-SV was created by the Florida Legislature in 1947 and began operation on November 1, 1950 as the Suwannee Valley Agriculture Experiment Station. In the early days, the primary objective of the Experiment Station was to serve the producers of flue-cured tobacco, cotton, soybeans, peanuts, corn, and pasture forages in Columbia, Dixie, Gilchrist, Hamilton, Lafayette, Levy, Madison, Suwannee, Taylor, and Union counties. At the time the University of Florida Experiment Station became operational, it did not own its land but had to depend on area farmers to allow research and demonstration activities on land they owned. Most of this work was done on farms in Columbia, Hamilton, and Suwannee Counties. It was not until 1953 that the Experiment Station had land of its own and a 300-acre farm was purchased near Live Oak.

The NFREC-SV is unique among UF/IFAS Centers, along with the Center at Hastings, in that there is currently no academic/research department faculty assigned to the unit. There are four Regional Specialized Extension Agent positions located at NFREC-SV and its research projects are carried out under direction of research faculty largely from Gainesville, but also NFREC-Quincy. In 2016, over $31 million in grants and contracts were, in part, supported by the NFREC-SV unit. In 2016, at least 50 projects encompassing over 50 different UF/IFAS state and county faculty as PIs and Co-PIs were represented at NFREC-SV and in addition, the Center hosted the work of at least 25 graduate students and college student interns. 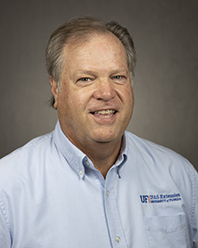